Getting a Traveler’s Diarrhea when you travel abroad is a common occurrence with up to 12 million cases reported a year. Heading to some areas of Africa, Latin America, The Middle East, and South East Asia can see tourist incidence rates of GI problems hit 50% or more! (1-2). Luckily for most of us, it’s not too serious. However, it is unpleasant and can potentially ruin and limit your trip.

However, by strengthening our guts and understanding what to take for diarrhea before heading off on our adventures, we can significantly reduce our chances of picking up anything nasty and maximize our time away, as well as the money we spend on it.

What is Traveler’s Diarrhea?

Traveler’s diarrhea or ‘TA’ is caused by coming into contact with ‘fecally’ contaminated food. That’s human poo in straightforward language – not very nice. Unfortunately, it does happen, and the most likely places for contamination tend to be eating food from street vendors, markets, and small restaurants (3). There’s usually an incubation period of 2-3 days, so it takes around 2-3 days from eating the contaminated food to getting symptoms, and the symptoms range from stomach cramps and nausea to vomiting, muscle pain, and fever. Typically it’s over in a few days, but around 15% of cases can last between one week and one month. 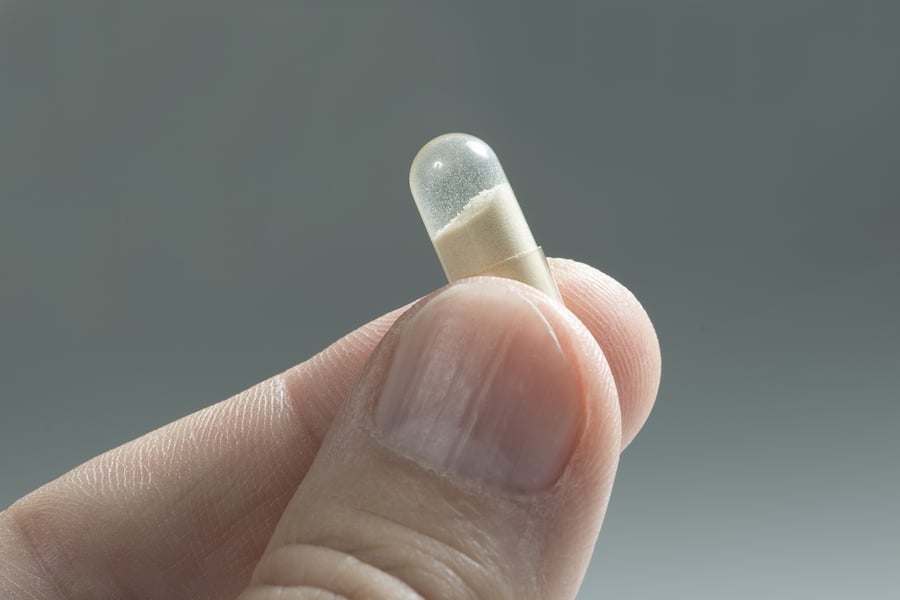 The best method for avoiding TD is understanding where you are most likely to encounter problems, i.e., street vendors, etc., and avoiding eating there, as well as focussing on basic hygiene. However, obviously, this isn’t a foolproof method, and can also stop a trip away being as authentic or adventurous as it could be. So in an attempt to avoid TD and still get the most from a trip away, travelers will often take antibiotics prophylactically to prevent any infection.

The problem with this is that the overuse of antibiotics is associated with antibiotic resistance. In addition, taking antibiotics when we don’t need to can kill off the good bacteria that are living in our guts. That will leave us more susceptible to infections and other health problems in the future. So really, although many people do it, it’s not a great idea.

However, a 2007 meta-analysis study (that’s an overall review of studies previously done on the subject) found that supplementation with live cultures could prevent 85% of cases of Traveller’s diarrhea (4). However, certain key factors related to the success of live cultures supplementation in preventing TD. To give good resistance against TD, live cultures need to be taken in doses of at least 10 billion CFU’s (colony forming units). Also, the live cultures should be continued throughout the whole period of susceptibility to TD.

The study suggested that it could take a full 6-8 week period for the microbiome (gut) bacteria to fully return to normal after a trip away, so this means you need to be taking live cultures for a full 2 months after you return, just in case! This shouldn’t be a problem, because in our opinion you should be taking live cultures every day wherever you are (if possible!). A final problem highlighted by the study is that many live cultures need refrigeration, so if you’re traveling for long periods, that’s not going to be possible, and the live cultures will likely die off. So you need to use a brand that doesn’t need to be refrigerated.

Thankfully, this is not an issue with Intelligent Labs live cultures as they don’t need refrigeration (although you should try to keep them cool). Also, each one of our capsules provides 50 billion CFU’s, so they are easily strong enough to provide full protection. Despite this, when traveling, we do recommend increasing our normal dosage of one capsule a day to 2 capsules a day for a week before travel. After that, keep taking 2 capsules a day for a full week after you return and then going back to taking the standard one capsule a day. This rhythm will give you the best chance of avoiding any problems while you are away.

(2) Hill DR. Occurrence and self-treatment of diarrhea in a large cohort of Americans traveling to developing countries. Am J Trop Med Hyg 2000;62:585–9