When people think of blood sugar levels, the first thing that typically pops into their head is diabetes and the thought of pricking their finger to get a number on a small machine. With the rise of diabetes cases in recent years, the term is one that is heard often and has become a source of fear. The link between high blood sugar levels and diabetes is well established. There is an agreement among health professionals that having sustained high blood sugar can lead to the development of diabetes or worsen pre-existing cases. Due to this, it is no surprise that many people are looking for ways to keep their blood sugar levels in check. Among the natural ways to control blood sugar levels, omega-3 fatty acids have shown great promise in this arena.

What are normal blood sugar levels?

Blood sugar levels measure how much glucose is in the bloodstream.

When you eat, the food is broken down into carbohydrates, proteins, and fats. Carbohydrates are further reduced to glucose, or sugar. It gets sent from the digestive system into the bloodstream and is then with the help of insulin gets absorbed by cells to either be used or stored for when needed.

Glucose is the body’s main energy source and therefore, it is important to have a decent amount but when there is too much glucose present, it can become dangerous.

What happens when you have high blood sugar levels?

The blood sugar levels are considered high vary depending on the time of day.

During the period between meals, known as the fasting period, high blood sugar levels are considered any amount greater than 100 mg/dL.

For the two hours after a meal, blood sugar levels will be elevated but are still are not considered high unless they are greater than 120 mg/dL.

Once the levels go over these values, the body goes into a state known as hyperglycemia. While the occasional case of hyperglycemia is not harmful and is nothing to worry about, sustained or frequent hyperglycemia is a cause for alarm. It can result in damage to multiple parts of the body, including the vascular system, the brain, the kidneys, the eyes, and the nervous system.

One of the most effective ways to prevent issues stemming from high blood sugar levels is to catch the problem early. These kinds of health issues can start at an early age and if dealt with as soon as possible, by learning how to control blood sugar, the damage to overall health can often be avoided.

Omega-3 fatty acids have been shown to be highly effective in naturally lowering blood sugar. A study conducted with young adults (mostly women)between the ages of 22 and 26, who maintained a healthy lifestyle, resulted in improved control over blood sugar levels after a meal but had no effect on fasting glucose levels.

Having high blood sugar levels can be caused by a few factors. The main factor is a diet that contains a large amount of sugar and carbohydrates and insulin resistance. Maintaining a healthy diet is a key part of preventing multiple health issues but being merely human, it can be hard to always eat how we’re supposed to, and everyone is guilty of occasionally giving in to tasty but unhealthy foods. Omega-3 fish oil may come in to save the day in that kind of situation and keep blood sugar levels from making a negative impact when we eat an unhealthy meal. A study in 2014 showed that omega-3 fatty acids can help regulate how we metabolize glucose. It was seen to decrease the risk of obesity by preventing cells from absorbing too much glucose and to prevent damage to the body by counteracting inflammation that can be caused by high blood sugar levels. 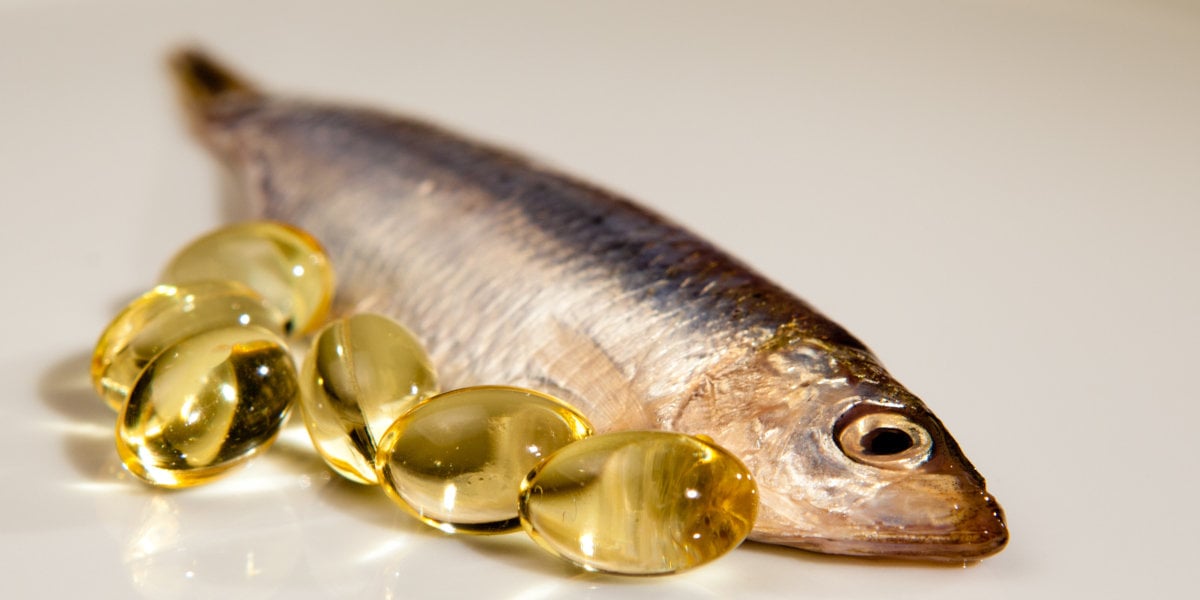 Another factor that can contribute to high blood sugar levels is genetics. One of the genetic conditions that can lead to hyperglycemia, is Congenital Hyperinsulinism. In 2014, a study published in Front Endocrinol examined the effect omega-3 could have on children with this condition. It showed a significant decrease in the risk of becoming hyperglycemic in the children that were given omega-3, demonstrating the effectiveness that omega-3 fatty acids have at controlling blood sugar levels.

Injuries Can Cause Blood Sugar Issues Too

While diet and genetics are the most common factors of blood sugar issues, injuries can also be a cause. Those who had suffered a traumatic brain injury can be at risk for both hyperglycemia and hypoglycemia, which is the state the body enters when there isn’t enough glucose in the bloodstream.

An injury to certain parts of the brain can lead to cell death and disrupt the processes that control blood sugar regulation. Omega-3 fatty acids are important to brain health and the healing process after a brain injury.

In a 2013 study, the effect of an omega-3 deficiency, as well as a vitamin D deficiency, in those  recovering from a traumatic brain injury was examined. The results indicated that a lack of omega-3 in a diet could hinder the healing process and lead to a higher risk of impaired blood sugar regulation.

Considering these findings, taking omega-3 supplements after these types of injuries can help regulate blood sugar levels and may lead to quicker healing that will further improve glucose regulation.

Whether someone is currently battling issues with blood sugar regulation or is seeking to prevent possible blood sugar issues in the future, omega- 3 fish oil is a safe and effective health aid that definitely should not be overlooked.

Cassi O'Brien is an experienced nutrition writer. She's interested in food and healthy diets and aims to write informative and engaging articles that can help readers understand what their body needs to be healthy.