Your eyes are complex organs that need many different vitamins and nutrients to function properly. Certain vitamins are essential for maintaining good eye health. Many are powerful antioxidants that protect the eyes and other parts of the body from oxidation damage and inflammation. Deficiencies in particular eye vitamins can increase the risk of some eye conditions, such as cataracts, glaucoma, and age-related macular degeneration (AMD).

Research suggests that some vitamin and mineral supplements may help protect against or slow the development of these conditions. Let’s dive into research! Please note that if you have medical condition, you need to talk to your doctor before buying and using supplements! Use this article only as an informative guide.

‘Vitamin A’ is essential for good vision. It’s a component of the protein ‘rhodopsin’. Rhodopsin is a protein found in the eye retina (the innermost layer of the eye), that is extremely sensitive to light, and thus helps you see in low light conditions.

According to the ‘American Academy of Ophthalmology’, a deficiency in ‘vitamin A’ can lead to night blindness.

‘Vitamin A’ also supports the function of the cornea, which is the protective outer layer of the eye. A person who is deficient in ‘vitamin A’ may find that their eyes produce too little moisture to stay lubricated (dry cornea) that can lead to inflammation.

Beta Carotene is the primary source of ‘vitamin A’ in the human diet. Beta carotene is a type of plant pigment called a carotenoid that exists in many colorful fruits and vegetables. When a person consumes carotenoids, their body converts the pigments into ⇒ ‘vitamin A’.

Studies demonstrate that a diet high in ‘vitamin A’ (1) could potentially help to reduce the risk of age-related macular degeneration (2) and cataracts (3).

‘Vitamin E’ is a powerful antioxidant. Antioxidants help fight free radicals, which damage tissues throughout the body. Sometimes, free radicals may damage proteins within the eye. This damage can result in the development of cloudy areas called cataracts on the lens of the eye.

A 2014 review looked at studies linking ‘vitamin E’ to the prevention of cataracts. Some of the research found that lens clarity was better in people who took ‘vitamin E’ supplements (4). 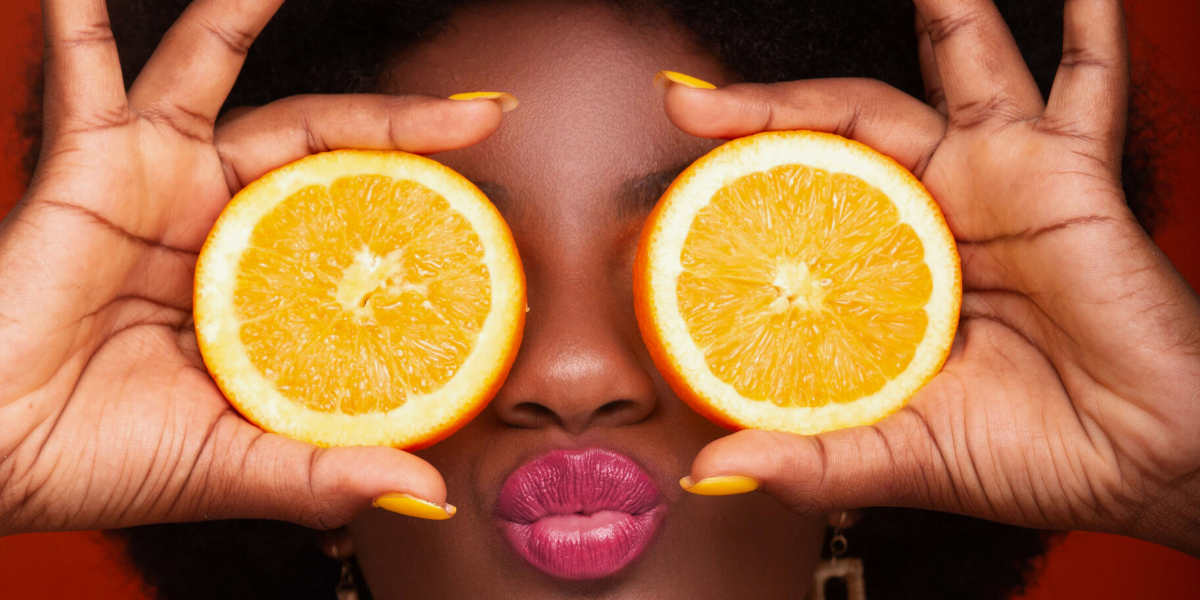 Several observational studies suggest that vitamin C may help lower your risk of developing cataracts, a condition that causes your eye to become cloudy and impairs vision (5). ‘Vitamin C’ is another powerful antioxidant that helps protect against oxidative damage. Oxidative damage is a key factor in two of the most common age-related cataracts: cortical and nuclear cataracts (6). Cortical cataracts develop on the edges of the lens, while nuclear cataracts occur deep in its center or “nucleus.”

One observational study showed a 75% reduced risk of developing cataracts when the daily ‘vitamin C’ intake was above 490 mg, compared to 125 mg or less (7). Another study found that regular vitamin C supplements may reduce the risk of cataracts by 45% (8).

An interesting 2016 study investigating “genetic and dietary factors influencing the progression of nuclear cataract”, involved more than 1,000 pairs of female twins. At the start of the study, the researchers measured the participants’ cataracts. They then tracked each participant’s intake of ‘vitamin C’ and other nutrients over 10 years. At the end of the study period, the researchers remeasured the cataracts in 324 pairs of twins. The participants who reported consuming more ‘vitamin C’ showed a 33% reduction in the risk of cataract progression. They also had clearer lenses overall (9).

In addition, vitamin C is required to make collagen, a protein that provides structure to your eye, particularly in the cornea and sclera (10).

Thiamine, or vitamin B1, plays a role in proper cell function and converting food into energy.

It’s possibly effective at reducing the risk of cataracts (11,12).

An observational study in 2,900 people in Australia suggests that a diet high in thiamine reduces your risk of developing cataracts by 40%. This study also indicates that protein, vitamin A, niacin and riboflavin may protect against cataracts (12).

What’s more, thiamine has been proposed as a potential treatment for the early stages of diabetic retinopathy (DR). A clinical study found that 100 mg of thiamine taken three times daily reduced the amount of albumin in urine — an indication of DR in type 2 diabetes (13).

Food sources of thiamine include whole grains, meat and fish. In addition, thiamine is often added to foods like breakfast cereals, bread and pasta. 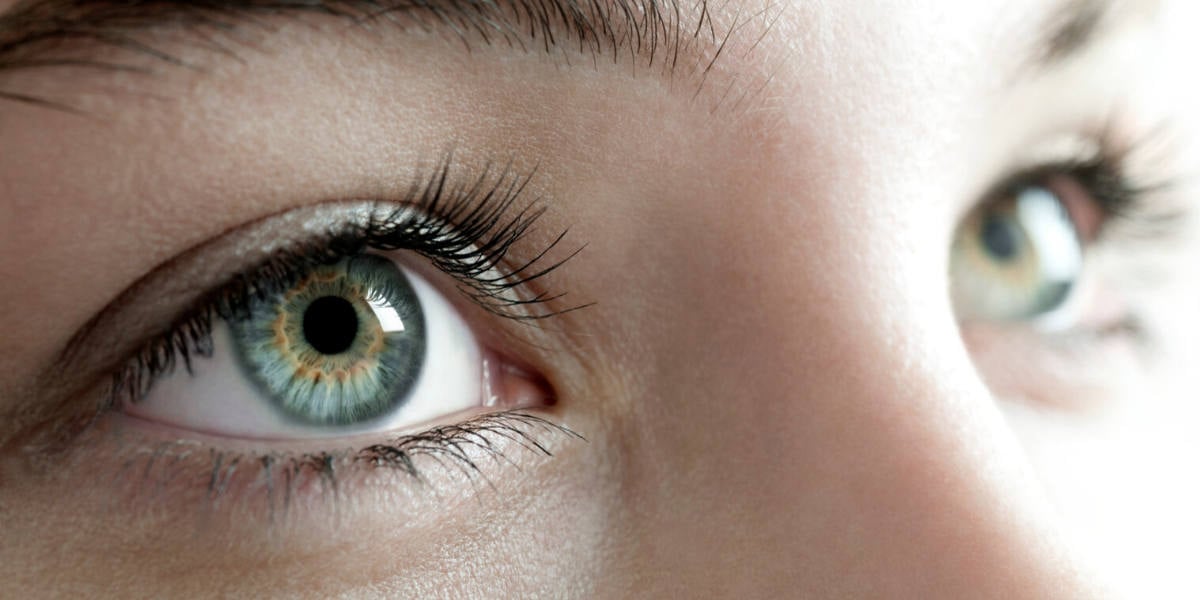 Another B vitamin studied in relation to eye health is riboflavin (vitamin B2). As an antioxidant, riboflavin has the potential to reduce oxidative stress in your body, including your eyes.

In particular, riboflavin has a potential role to prevent cataracts, and prolonged riboflavin deficiency may lead to this condition. Interestingly, many individuals with cataracts are deficient in this antioxidant (14).

Diets high in riboflavin have been associated with a reduced risk of developing cataracts. It’s  recommended to consume 1.1-1.3 mg of riboflavin per day. It’s usually easy to achieve this amount by eating many foods high in riboflavin as oats, milk, yogurt, beef and fortified cereals.

The main function of niacin (vitamin B3) in your body is to help convert food into energy. It can also act as an antioxidant.

Recently, studies have suggested that niacin may play a role in the prevention of glaucoma. In people with glaucoma, a buildup of fluid within the eye puts pressure on the optic nerve. Over time, this can damage the nerve, resulting in vision loss.

A 2018 nationwide study in South Korea on the nutrient consumption of Korean adults and their risk for glaucoma found a link between a reduced intake of ‘vitamin B3’ or niacin, and glaucoma (16)

Adversely, when consumed in high amounts of 1.5–5 grams per day, niacin may pose adverse effects to the eyes, including blurred vision, macular damage and inflammation of the cornea (17,18), hence, supplements should be used with caution.

However, there is no evidence that consuming foods naturally high in niacin has any adverse effects. Some food sources include beef, poultry, fish, mushrooms, peanuts and legumes. 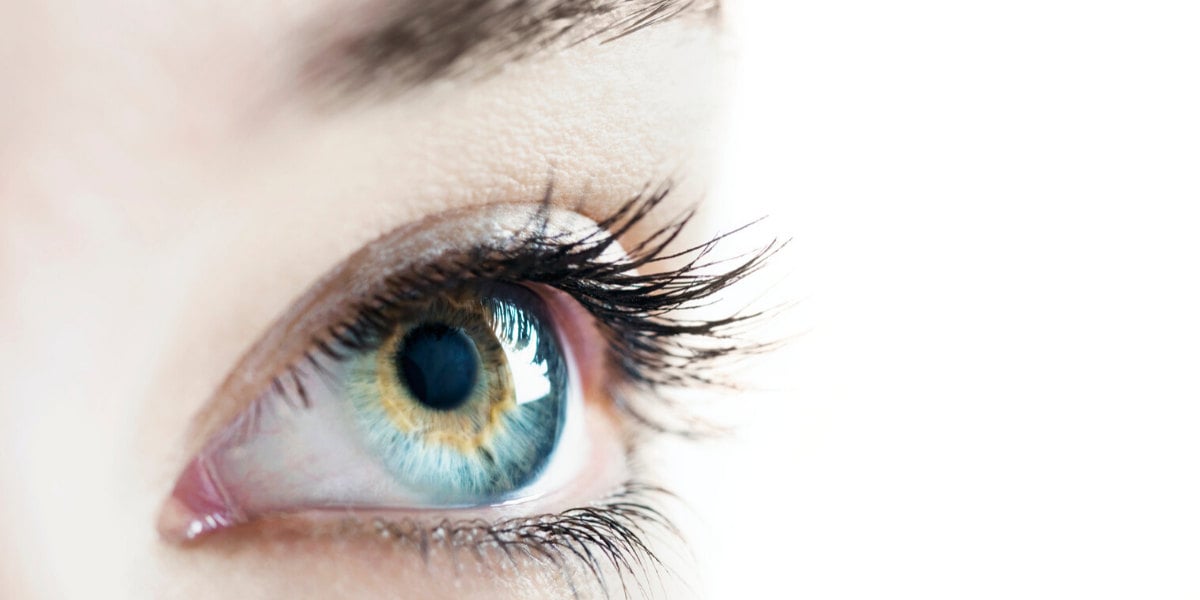 This combination of these healthy eye vitamins can lower levels of homocysteine, a protein in your body that may be associated with inflammation and an increased risk of developing AMD (19).  AMD is a degenerative eye disease that affects the vision.

A clinical study in women demonstrated a 34% reduced risk of developing AMD while taking 1,000 mcg of vitamin B12 along with vitamins B6 and B9, this particular study only included women (20).

It’s unclear if increasing your intake of vitamin-B-rich foods would have similar effects.

Lutein and zeaxanthin are carotenoids that exist in high quantities in green leafy vegetables. They are also present in the lens and retina of the eye.

As antioxidants, lutein and zeaxanthin may help reduce oxidative damage in the retina. Several studies suggest that these plant compounds may prevent cataracts and prevent or slow the progression of AMD (21,22).

Recommended daily intakes and safe supplemental doses have not been established for these compounds. However, up to 20 mg of lutein per day for 6 months has been used in studies without adverse effects.

Nonetheless, supplements may not be necessary, a diet rich in fruits and vegetables naturally provides this amount. Cooked spinach, kale and collard greens are particularly high in these carotenoids. 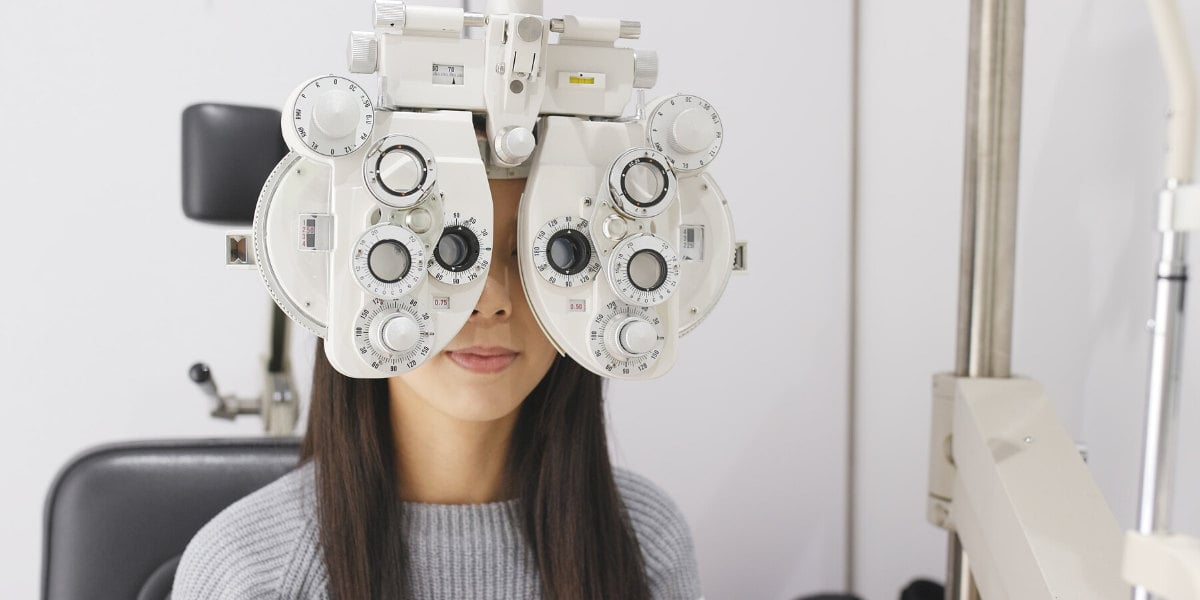 Zinc is a mineral that helps maintain the health of the retina, cell membranes, and protein structure of the eye. Zinc allows vitamin A to travel from the liver to the retina to produce melanin. Melanin is a pigment that protects the eyes from ultraviolet (UV) light.

According to the ‘American Optometric Association’, zinc supplementation may help people who have AMD or are at risk of developing the condition. Taking 40–80 mg of zinc each day, alongside certain antioxidants, could slow the progression of advanced AMD by 25%. It could also reduce visual acuity loss by 19%.

The retina of the eye contains a particularly high concentration of omega-3 fatty acids (omega-3s). These fatty acids help protect the retina from damage and degeneration (24).

Omega-3 fatty acids have anti-inflammatory properties and may help prevent diabetic retinopathy (DR) when included in your diet. Additionally, a small amount of research suggests that increasing the intake of omega-3s may lower the risk of dry eye syndrome (25), by helping them produce more tears, a lack of tears causes dryness, discomfort and occasional blurry vision (26,27).

To increase omega-3 fatty acids in your diet, include rich sources such as fish, flaxseed, chia seeds, soy and nuts. Omega-3s can also be found in cooking oils such as canola and olive oil. You can take an Omega-3 Supplement as well!

Anthocyanins, which give the red-purple pigment found in berries and are strong antioxidants, protect the eye from oxidative damage. With supplements you can often find anthocyanins listed as blackcurrant or bilberry extract or powder. Only a small number of studies have investigated the role of anthocyanins in eye health which means data are limited. However, research suggests they may improve blood flow in the eyes and stabilise visual field defects of people with glaucoma, and pressure inside the eye may be improved with 30mg-50mg daily.

According to a study on individuals with glaucoma, a condition that leads to a gradual loss of sight, bilberry anthocyanosides improved daily visual function as compared to participants in a placebo group (28).

Another nutrient that falls under the “powerful antioxidant” category, it is present in every cell inside your body. Alpha Lipoic Acid helps to convert glucose int